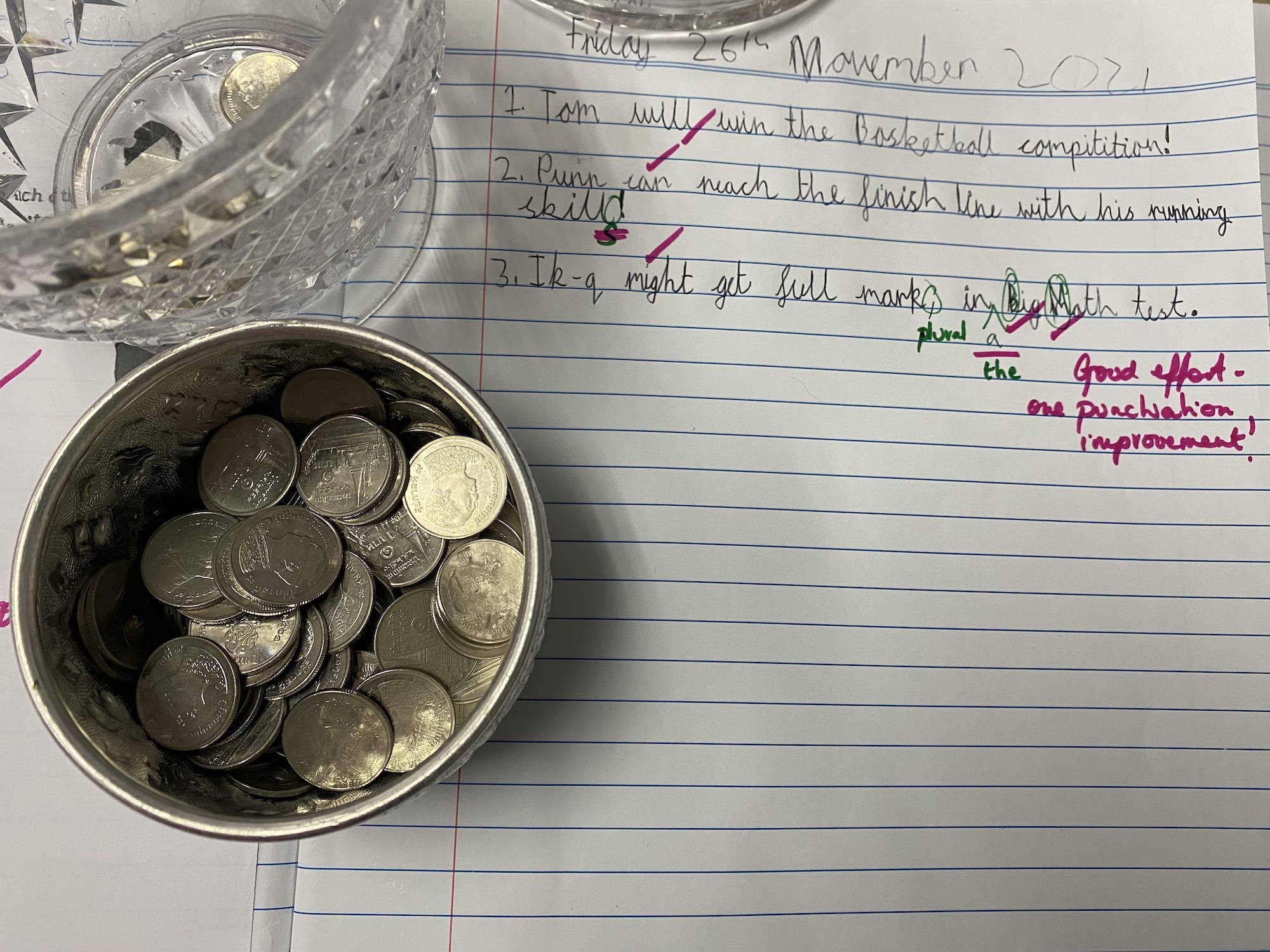 I had sunk to the bottom of The Learning Pit.

I was teaching a particularly challenging group of Year 6 students who I’d allowed to become my personal ‘rocks’. Not only were these children academically struggling, but at least half the class had some degree of learning or behavioural difficulty. Despite having a background in Special Needs education, I felt myself drowning - I was losing positivity and was struggling to figure out how to support my class without losing myself in the process.

Thankfully at the beginning of the second term, I went on a CPD weekend to Malaysia where I would learn about the Learning Power Approach. I had not heard much about this set of pedagogies - or much about Guy Claxton's work in general really - but to say that this weekend changed my entire approach towards teaching is a huge understatement!

In Bangkok (and much of Asia generally), the idea of making ‘mistakes’ is a cultural barrier which stands in the way of our students being able to build a sense of empowerment in their learning. Every year, teachers in International schools have to begin the process of changing the ‘perfection mindset’ and help the children (and their families) to understand the value, not only in making mistakes, but in correcting these to show visible improvement and progress in learning. When Guy began speaking about ‘Learnish’, I immediately started thinking about how my own words might be creating rocks that were preventing the progress I knew my students were capable of.

Guy shared the story of his calling erasers ‘the implements of the devil’ and the controversy that this had caused in the British media to illustrate small ways in which we as teachers could affect change in the learning attitudes of our students. As amusing as this story was, it resonated with me strongly.

I realised that I needed to distil my frustrations with the many challenges I was facing, detach the emotions which were getting in the way of my judgement and identify what the key problems actually were - and academic performance (unsurprisingly) was not at the top of the pile. What stuck out the most was the incredibly low levels of self-esteem which the majority of my students felt, coupled with unrealistic levels of expectation many carried on their shoulders from their families, teachers (yes, me) and even themselves.

Guy also spoke about the power of words (see this video with the Learning Pioneers where he talks about “ability” language) and how changing a simple word could shift students' thinking and create more positive cultures of learning inside the classroom. I thought about the word ‘mistake’ and how the very fear of making mistakes might actually be the driving force behind so many of the challenges I was having with this group. Out of this, an idea began to form that would change the entire dynamic, not just of this class, but of every group I’ve worked with since.

Reward systems are nothing new, so my decision to use a tangible reward system to support the students in fighting their fear of making mistakes, I had no idea what an impact it would make. When I went back to school the Monday after completing the course, I took with me all my 1 baht coins (like most people in Thailand I had a lot of these lying around my house already) and a jar. I labelled it ‘The 6C Improvement Jar’ and put it on my desk where the students could see it, alongside a bowl full of coins.

I did not explain the jar, but the students were immediately curious about it and started asking questions about what it was for. I explained to them that I wanted to try something new in the way we approached our learning and that this jar and the bowl of baht would be used for us, as a class, to work towards the goal of an end of year class reward. The steps I first initiated were these:

The changes I saw were immediate!

The students began to embrace mistake making as a meaningful and empowering way of demonstrating their learning power by not only beginning to trust their own ability as learners, but by becoming more collaborative. They supported one another enthusiastically to make sure they built up their Improvement Vault as much as possible. Whereas previously, learning had been something of a competitive sport, they began to understand and appreciate that helping one another would ultimately benefit them all.

Because of their newfound desire to help one another, behaviour issues declined. The general level of confidence and risk-taking began to improve and I witnessed students who had never believed themselves to be ‘good learners’ begin to take pride in being able to show and understand the importance and value of  improvement.

Their excitement at being able to figure out how or where they’d gone wrong in their own thinking processes became visible. They stopped relying on being ‘rescued’ and began trusting their own abilities to edit and improve learning tasks without obsessing over neatness or perfection. They also stopped focusing on the ‘end point’ of a task and more on their ability to complete a draft or plan of their ideas, which they could then improve on until it became something which they felt genuine pride over.

Other teachers reported that my class would ask them if improvements they made in Specialist lessons could be shared with me, so that these could also contribute to The Jar - in short, one small change affected the learning of this group right across the curriculum. Several colleagues also reported that the changes in their behaviour were remarkable - they’d gone from being a difficult, often moody and negative group to a class that worked together and demonstrated empathy and kindness to one another.

I’m in the fifth year of using The Improvement Jar now and each year, the way we use it has changed.

When introduced at the start of a year, I’ve found that negotiating how improvements are shown and earned is the most effective way of ensuring it succeeds in changing attitudes towards ‘mistake making’. Some groups have needed it to be used over half-terms to continue encouragement and a sustained interest in continuing to build their Learning Power. This means students have had to work together to find rewards which they could afford based on smaller amounts of money (like donuts at the end of a half term for example).

Another class chose to split their jar into two half-year rewards with different goals guiding their improvement. I’ve found that when the students I have been working with have a higher overall academic achievement level, the focus of how the students achieve their rewards needs to shift to ensure that it remains something which motivates them to continue seeing its value. Last year for example, my class recognised that we were not using ‘The Jar’ in Term 2 as we had before Christmas. We recognised that this was due to the original terms becoming less valid as most of the students had achieved their negotiated targets. We decided that shifting the focus to improving team-work and independent learning skills should become the focus as the students headed towards the end of their Primary Schooling. When this happens, the terms of the The Improvement Jar should be renegotiated with the class so that new targets and agreed upon methods of measuring improvements are clear and visible.

Another class remained motivated by their original goals and used The Improvement Jar consistently and without losing motivation in it. Regardless of how your class agrees to use ‘The Jar’, making sure that the students are achieving their goals consistently and regularly by making sure to refer back to the terms they have agreed upon will help them to remain clear and focused on making their improvements.

This year, my class has shown such a vast step forward in their individual attitudes towards mistake making and they demonstrate this clearly in their willingness to persevere when they make errors in their work. They are also collaborating with one another freely: just yesterday I saw my most capable mathematical thinker sweep two of her classmates off to the carpet with a white board and marker, so she could explain and help them solve a problem they were being challenged by. This would never have happened without the motivation of the terms the class agreed to months ago and is evidence of the importance of setting, not only academic improvement goals, but social and collaboration focused ones as well.

What my students are not yet showing is the gathering of additional evidence, such as photographing or filming things to share with me which they feel demonstrates improvement in their non-written tasks. This gives us something to work on in the final term of school and will help the children to build learning reflection portfolios which they can take with them to Secondary school.

Giving the students ownership and choice over how they earned and used their ‘Vault’ allowed each class to own ‘The Jar’ based on their democratic decision as a group. It also lets us tailor the improvements to fit their needs as individuals and as a class and to ensure they focus on genuine development of learning and social skills which will continue to benefit them when they leave your classroom or lesson.

Like everything with LPA, it is an idea that is malleable to fit your students and their needs. What needs to remain consistent though, is that students are clear about how they achieve their reward, and that it is used to reinforce and empower the development of their learning and collaboration skills.  The thing I love the most about this idea is that it is usually those students who have the most to improve in their learning, who find themselves contributing the most to The Jar, while the children who need to improve the least academically become more willing to collaborate and help their classmates succeed in order to make contributions for developing other crucial learning attributes and behaviours.

The Jar has created an environment where my students have truly become a learning community. They recognise that their knowledge is made stronger when they collaborate and support one another, and where mistakes are not feared but viewed as opportunities to improve and become stronger and more creative thinkers; more confident, independent learners; and more empathetic and self-aware humans.

How Can The Improvement Jar be Used in Your Classroom?

Could you and your class come up with a collective reward system that would enable them to collectively build a new habit for learning?

Have you developed systems in your practice that move children from extrinsic to intrinsic motivation and gain a deeper understanding of the value of what they are doing?

What nifty ways have you come up with to develop new attitudes to learning with your students? Have they changed with different classes? How?

We'd love to hear your thoughts - Do share them below! 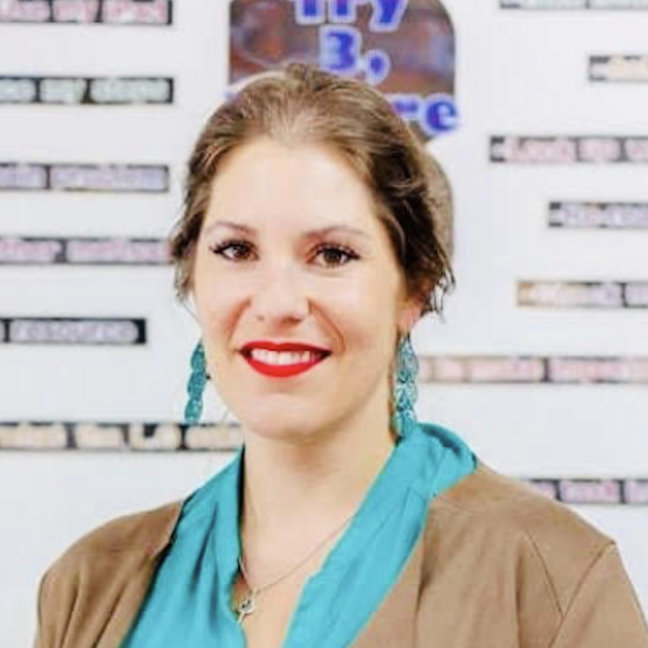 I'm a Year 6 teacher and EY/Primary Literacy Leader at a Bangkok International School, and a Learning Pioneers Advocate.Throughout my 12 years of experience teaching children of all ages and abilities, I've evolved to believe in the transformative power of Inquiry Education and the Learning Power Approach.I believe in embedding well-being practices in all aspects of my practice, and that relationships and collaboration are key to preparing students to become the problem solvers and leaders of the future.