Blowing up the Ordinary - Part 4

Blowing up the Ordinary - Part 4 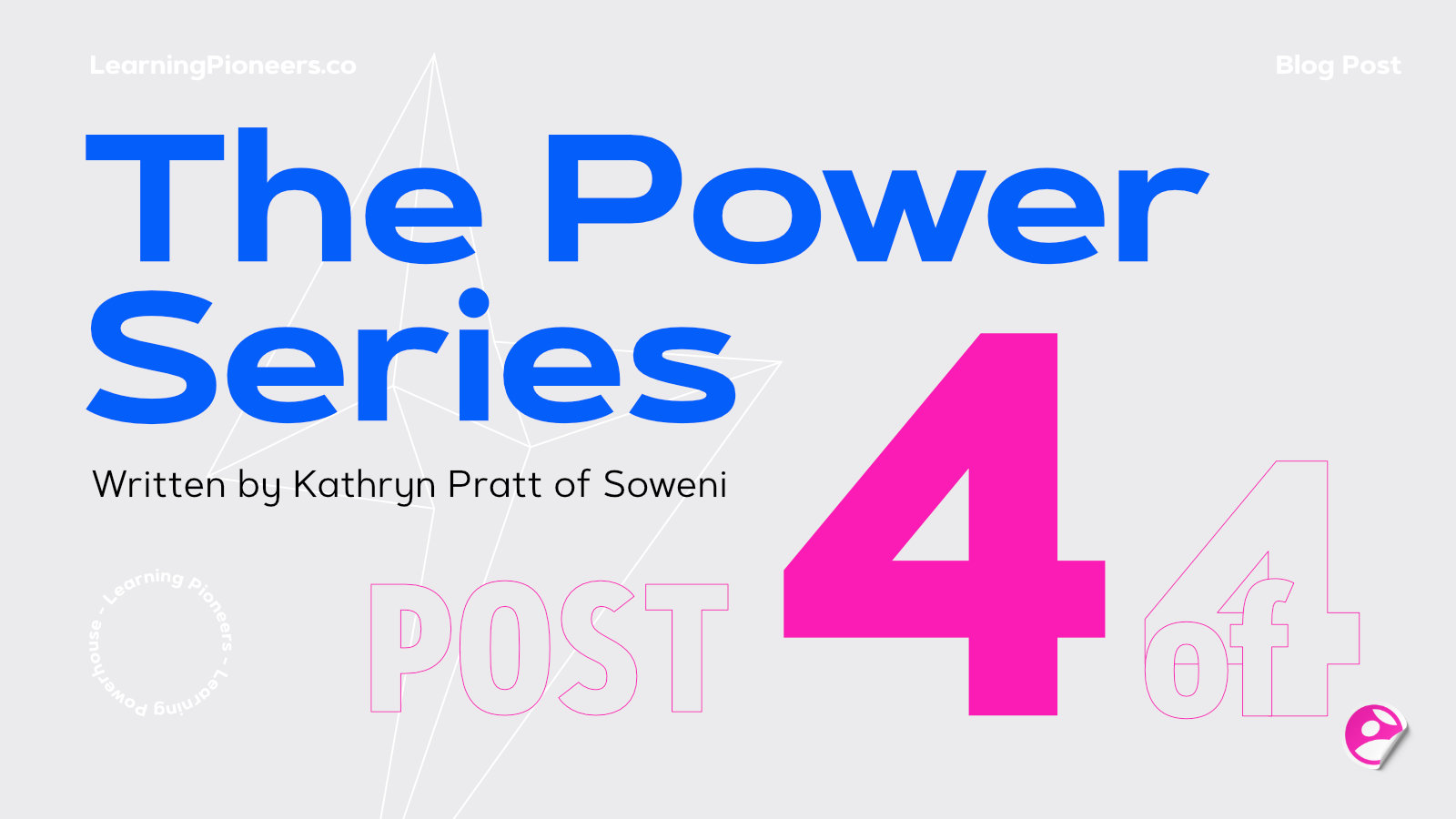 This is the final part of our 4-part blogpost series exploring the power dynamic in schools. And you're in for a real treat with this one - Kath Pratt, creator of Soweni school generously shares her schools' approach and the principles and threads that underpin it. Let's dive in!

As we know from Cothan in blogpost 1, toddlers are immensely powerful and any adult or sibling ‘power over’ moves are met with shrieks of resistance. It’s a raw need, expressed loudly, to be empowered to make choices for yourself.

How do we respect that, keep everyone safe and ensure everyone’s power feels strong?

Here is an anecdote from my home education experience recently to illustrate holding children safely and enabling them to warm their power inside:

It was another day home educating my self-directed tribe (We have been during Covid and while building Soweni after two pilot phases, physically and digitally). I found myself laughing very hard when I suddenly took my foot off the endless snack manufacturing production line and looked around at what my kids were up to. They are aged 9, 7, 5 & 2 just so you can picture it.

In our cluttered small garage the wind swirled a snowstorm of recycled polystyrene around a few power tools which were blinking urgently. The wreckage of several gliders hung from beams and down the back of the old sofa. Some major SpaceX style launches had been occurring hours before. Bikes were strewn over the driveway with well scuffed helmets cast at some hurried distance. Inside the hallway an avalanche of shoes greeted me, and there I stood in the kitchen surrounded by the remnants of cheese toasties and half drunk ‘mocktails’ with what looked like oil blobbing up from the lurid green depths. On the kitchen floor were stepping stones of foam sticky pads, a rope with an experimental knot (I think an attempt at noose), a pencil sharpener spilling its guts and a game of noughts and crosses drawn on the tiles in what I think was lip balm.

The bathroom was awash with a bath that kept getting topped up with hot water and I think my three youngest were up to bath dunk number five at least. Warm water it seems is essential for lubricating a day of learning!

I smelled burning. In the next room my eldest was intensely at work with his grandad’s soldering iron making a switch. He smiled wryly when I asked what for.

In the living room a game of ‘floor is lava’ was underway with sofa cushions skittering across the floor at speed and shrieks of ‘yeeess!’. Outside the tree had been used to abseil down with a makeshift harness now swinging ominously and I was relieved to see a bike helmet and crash mat had been the risk assessed safety measures. My youngest had the hose and was pointing at rainbows he was making. He had just finished drawing dinosaurs with a stone on the van!

It sounds like chaos, and most days it is on the surface but I am gradually learning to hold the risks, be powerful alongside and fan the sparks. If I do, the kids feel they can use & explore their power inside- fully, taking initiatives and experimenting with everything. Screens for downtime (as opposed to tools during the day) are agreed on at 4.00pm so I can make dinner and they can switch themselves into another realm briefly.

But the learning never stops sparking and it’s empowering for us all.

Maintaining power inside, their agency driving their decision making, is a challenge daily as a parent and educator. I have to let go of my personal need to maintain tidiness and order for parts of the day and start watching the children more. I hold the safety elements close and curate from a distance, being present but not with my arms out ready to catch them. It’s both hard to take a step back and also immensely liberating and reassuring as I see our boys managing risks themselves and discussing who is next holding the bottom of the ladder while they ascend one at a time as per the collective agreed guidelines. Far from them being left to their own devices, I’m there to enable and say yes to their creative ideas, problem solve with them and provide resources and snacks. Like mentoring, often the most useful contribution I make might be asking the right question, at the right time, rather than providing them with answers.  They flow from energetic activities to physical challenges to creative expression to technology for sharing and manifesting their ideas to food to fire to nature exploration to mathematical puzzle solving to downtime.

Here are seven threads which have helped us:

During the first Soweni pilot we invited a wonderfully diverse group of parents and children to create a village that we all felt we needed: musicians, artists, doctors, journalists, teachers, decorators, academics, linguists, PR professionals, builders & small business owners. We had underpinning values that chimed such as compassion and empowerment and all knew in our bones we needed to do things differently for our children.

As part of the pilot phase we developed ‘Insquiring’ (Inspiring/Inquiring) sessions alongside the children which played to the strengths and talents of the adults and enabled them to catalyse the children’s sparks of curiosity. Football coaching, forest archery, first aid, rock and roll, Italian only speaking pizza cafes, drama, baking, climbing, building, dancing, chemistry, paper making, engineering, architecture were all on the menu. As educators we supported parents in designing and delivering these inspiring sparks. We found that the children were all scoring 5 on the Leuven scale of wellbeing during these sessions. They were engaged, relaxed and happy and in the flow of the explorations invited by parents. The parents themselves found the sessions challenging and daunting initially. They felt the need to have power over the children to maintain control. With educators there in the wings to reassure, remind the children gently of our agreed rules and responsibilities and to spot magic moments, the parents relaxed and started to understand that power alongside the children was immensely rewarding. Every “insquiring” afternoon they went for a metaphorical drive with the children, providing the car and keys of their passions and skills and then sitting back and enjoying the ride. It was magical to witness that shift from needing power over and driving them to enjoying power alongside and watching. The unboxing of work and school life was powerful in itself too with the regular sharing of stories and skills across industry sectors & generations.

Mentoring, flowing both ways from adult to child and child to adult, is how we designed the inquiring sessions,  and it offers a great opportunity to have power alongside children and young people. Particularly we found when parents were in a mentoring relationship with children other than their own they mined together the gold within them. Our Soweni village pilot comprised twelve families and we curated workshops where this mentoring could occur in a safe environment. Children shared their thoughts and ideas for projects (such as learning Parsel tongue from Harry Potter) and the parents nudged and encouraged them with suggestions: “Shall we organise a trip to the zoo and we can experiment chatting to the snakes there?”. The impact was then two fold when we heard the mentor parents discussing how brilliant the children were and what they had learned from them with their actual parents!

Power Alongside threads that have worked well for us :

Children are powerful. Their power glows within them from birth and as the adults in their lives we can heat it inside and alongside them, without resorting to power over language and behaviour.

Growing up feeling and understanding how power operates in the world, naming it, seeing the structures and behaviours that warmly support or cool it is vital for children’s developing narratives of themselves. Blowing up the ordinary and making invisible power visible for ourselves and our children is one of the most powerful continued conversations we can have.

Power to the lions in us all! 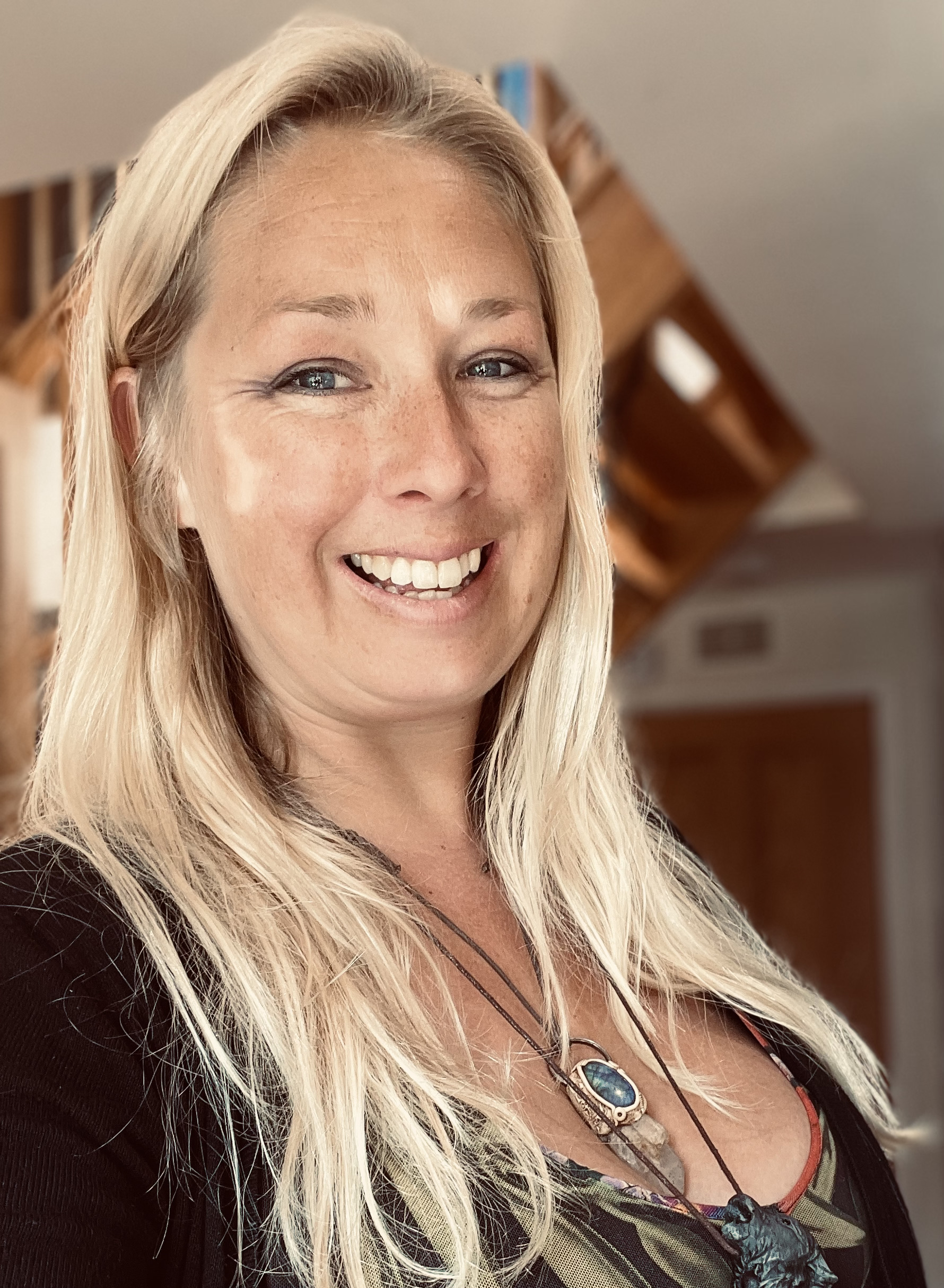 I’m Kath, a childhood freedom fighter. I’m still creeping through the gaps in the hedge to find the forbidden sprawling acres and climbing the oldest, knottiest trees for the view, the bugs and the ancient roots. I’ve been reimagining education and schooling for 19 years. Seeking to change things from the inside and then from the outside -I was an upper primary teacher in inner London and then taught the IB PYP in the Caribbean. My four young boys have been with me for pretty much every meeting while we set up Soweni in 2017, meaning thrive in Cornish, which is a social enterprise rethinking education for a sustainable world on the north cliffs of Cornwall.I’m a bit of a ruckus-maker and love connecting to many others-virtual and in reality so we can talk and walk the change we need for our children and many more generations to come.